From ashes to new and old music, songs and albums.
The rise of celebrity has been massive and fun over the past decade as we embrace more individualized means for expressing ourselves – from social media to streaming services. But it’s not just about what celebrities do on a daily basis; their works are also subject to commercialization and reflects our changing cultural attitudes towards them. So how much is too much? With that in mind, here are some examples of this trend: Lindsay Lohan’s two-part album; Kanye West debuting his remixes before he even released the original tracks; Justin Timberlake releasing three different solo albums with one year between each release after winning Best Male Artist at the 2019 Grammy Awards! We’ve typically found out about these “new” releases through Spotify playlists or artists posts on Instagram which allow us an insight into their creative process but sometimes lack any context around why they created certain pieces (or if there was ever an intention behind doing so). In order for fans who may have missed out early access because they were already sold out, many stars will now offer exclusive content only available via website purchases or merchandise including personal mixtapes where you can hear a track being made live over videos shot by artist themselves during rehearsals leading up to official recordings. It all comes down to respecting your audience enough by offering thoughtful extras rather than trying too hard like Lady Gaga did back in 2011 when she put her entire catalog onto YouTube without warning her fanbase first – turning 5 million views into nothing then spiraling further downwards afterwards

From Ashes to New is a music blog that has been around for a while. It was created by the singer “from ashes to new old singer.” 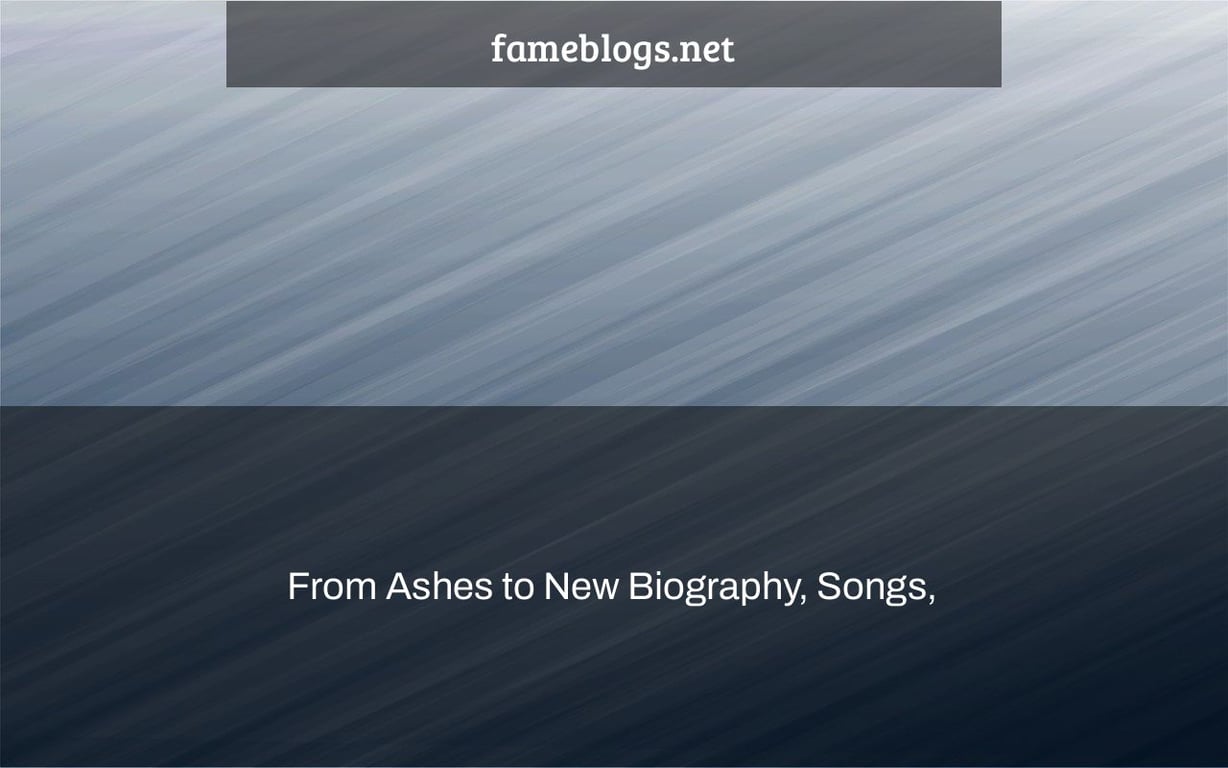 Pennsylvania’s From Ashes to New initially gained acclaim with the hard-hitting and emotionally driven song “Through It All,” which featured on their first LP, Day One, in 2016. On following albums like The Future (2018) and Panic (2020), the trio further refined their powerful metal/hip-hop hybrid sound, with the former producing the Top Ten Billboard Mainstream Rock song “Crazy.”

From Ashes to New began as a side project that evolved into a full-fledged band for everyone involved. Members came from other Lancaster, Pennsylvania bands that were disbanding. Matt Brandyberry, the band’s vocalist and guitarist, formed the group in August of 2013, and the roster eventually grew to include local veterans Chris Musser (rapping, vocals), Branden Kreider (guitar), and Tim d’Onofrio (drums) (drums).

The band went into the studio with producer Grant McFarland in 2015 to create the Downfall EP for Eleven Seven Music after releasing a self-titled EP the previous year. From Ashes to New released their first album, Day One, in February 2016 with the help of “Through It All,” a Top 20 success on the mainstream rock chart. The next year, Tim d’Onofrio and Chris Musser departed the band, with Mat Madiro taking over as drummer and Danny Case joining on vocals. The band released the song “Crazy” in February 2018 ahead of the release of their second full-length album The Future later in April. The album debuted at number 163 on the Billboard 200, with “Crazy” reaching number 3 on the Billboard Mainstream Rock Songs chart. The band returned with Panic, their third full-length album, after two years of touring with contemporaries like Five Finger Death Punch, Papa Roach, Ice Nine Kills, and Skillet. Colin Brittain produced the album, which was released in 2020 and included the same lineup as The Future (Papa Roach, All Time Low).

The “danny case age” is a biography, songs, and albums of the American singer-songwriter Danny Case. The book was published in 2013.

Did From Ashes to new get a new singer?

A: From Ashes to New did not get a new singer.

Who raps in from ashes to new?

What genre is from ashes to new?

A: The song from ashes to new is categorized as a classic pop.