H.E.R., born Heiress Elizabeth Rich, is an American singer and songwriter. She is best known for her single “Be the One” which peaked at number three on the US Billboard Hot 100 chart in August 2018.

H.E.R. is a singer and songwriter from New York City who has been making waves since the release of her debut album, H.E.R. in 2013. She released her second album, Blood Moon, in 2015 and was nominated for a Grammy Award for Best R&B Album at the 58th Annual Grammy Awards Read more in detail here: h.e.r. songs.

H.E.R. has been praised for her sensitive but confident love ballads and incisive protest songs alike since 2016, the year her first EP was released to a rapt audience. The singer/songwriter uses her honeyed voice to their full potential as a lyricist who is both lyrical and direct, can switch to convincing MC mode on a dime, and is also a guitarist and producer. Her three full-length albums, H.E.R. (2017), I Used to Know Her (2019), and Back of My Mind (2021), have all produced platinum singles, including “Focus,” “Could’ve Been,” and “Damage.” She has four Grammy Awards under her belt, including Song of the Year for “I Can’t Breathe” (2020). Her contribution to the music of Judas and the Black Messiah, “Fight for You” (2021), earned her an Academy Award for Best Original Song. As a co-writer and guest singer on Daniel Caesar’s “Best Part,” YG’s “Slide,” and Skip Marley’s “Slow Down,” H.E.R. has earned supplementary successes spanning genres.

In September 2016, the Bay Area native emerged under the pseudonym H.E.R., which stands for Having Everything Revealed. H.E.R., Vol. 1, a seven-track EP released on big label RCA, got little marketing but had a formative impact. Alicia Keys and Bryson Tiller, both RCA artists, used social media to promote the news. Early attention was drawn to a cover of Drake’s “Jungle.” H.E.R.’s first success was “Focus,” a trap-styled longing ballad co-written with Justin Love and co-producer Darhyl Camper, Jr. It reached number 45 on Billboard’s R&B/hip-hop chart, earning H.E.R. her first of many gold and platinum certifications from the Recording Industry Association of America (RIAA). In June 2017, H.E.R. Vol. 2, a follow-up in the same vein, was released. The two EPs were merged, enlarged, and re-released as H.E.R. within four months. “Best Part,” a multi-platinum duet with Daniel Caesar that first featured on Caesar’s album Freudian, was one of the bonus tracks. 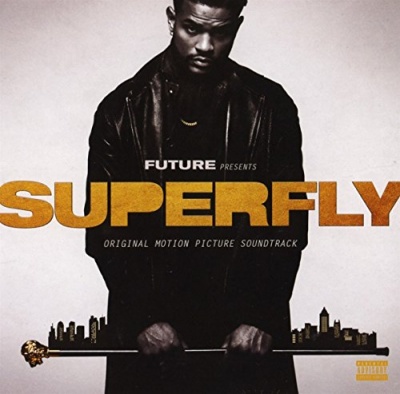 In mid-2018, H.E.R. resumed her fruitful collaborations with Khalid on “This Way,” which was recorded for the Superfly soundtrack. That August, she released I Used to Know Her: The Prelude, which, courtesy to the Bryson Tiller duet “Could’ve Been,” rocketed to the top of the R&B/hip-hop chart and to number 20 on the Billboard 200. In November, I Used to Know Her, Pt. 2 was released, which included the song “Hard Place.” She was also nominated for five Grammy Awards at the end of the year, including Album of the Year and Best R&B Album (both for H.E.R. ), Best R&B Performance (for “Best Part”), Best R&B Song (for “Focus”), and Best New Artist, one of the Big Four categories. She won the awards for Best R&B Album and Performance at the event the following February. H.E.R.’s list of collaborators continued to grow as she was featured on tracks by Chris Brown, Ella Mai, and Ed Sheeran, among others. This activities helped H.E.R. prepare for the August 2019 publication of I Used to Know Her, which included a collection of previous year’s EPs as well as new material. The Recording Academy honored her with five additional Grammy nominations shortly after she collaborated with YG on the multi-platinum song “Slide” and contributed to Skip Marley’s “Slow Down.” “Could’ve Been” was nominated for both Best R&B Song and Best R&B Performance at the Grammys. Song of the Year and Record of the Year were both nominated for “Hard Place.” The parent album was one of the Album of the Year candidates.

H.E.R is an American singer, songwriter, and actress who has released three albums to date. She was born on June 30th, 1994 in New York City as Hana Michels. Reference: h.e.r. mother.