The eurythmics sweet dreams is a song by the British band Eurythmics. It was released on their album Sweet Dreams (Are Made of This) in 1983.

The Eurythmics were one of the most popular bands in the early 1980s. Whereas most of their British synth pop contemporaries faded from the charts as soon as new wave faded away in 1984, Eurythmics remained successful until the end of the decade, establishing vocalist Annie Lennox as a star in her own right and instrumentalist Dave Stewart as a successful, savvy producer and songwriter. Originally, the pair used robotic rhythms to translate the hauntingly detached sound of electronic synthesizer music into pop tunes. Singles like “Sweet Dreams (Are Made of This)” and “Here Comes the Rain Again” had made the group worldwide sensations by the mid-’80s, and the group had started to explore with their sound, diving into soul and R&B. The duo’s popularity waned as the decade progressed; by the late 1980s, they were unable to reach the Top 40 in the United States, while continuing to be successful in the United Kingdom. Eurythmics had gone on sabbatical by the early 1990s, with both Lennox and Stewart pursuing solo careers, although they rejoined on occasion for recording or touring.

The Tourists, a British post-punk band founded by Lennox and Stewart in the late 1970s, were the forerunners of Eurythmics. They met when she was studying at the Royal Academy of Music in London. Stewart’s folk-rock band, Longdancer, had just disbanded, and he was composing songs with guitarist Pete Coombes. Stewart and Lennox became lovers and musical collaborators almost immediately after meeting, creating a trio named Catch alongside Coombes, which soon developed into the Tourists in 1979. Despite only being together for two years, the Tourists released three albums: The Tourists, Reality Effect, and Luminous Basement, all of which were moderately successful in the United Kingdom; two of their singles, “I Only Want to Be With You” and “So Good to Be Back Home Again,” both reached the Top Ten. 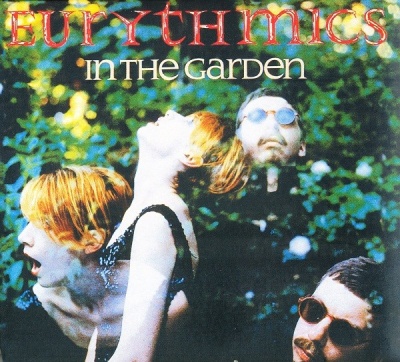 During 1980, Lennox and Stewart’s love connection ended, and the Tourists followed suit. Despite the fact that they were no longer lovers, Lennox and Stewart chose to continue performing as Eurythmics and traveled to Germany to make their first album. The duo’s debut, In the Garden, was released in 1981 to good reviews but low sales, with backing from different members of Can and Blondie drummer Clem Burke, among others. Following the failure of In the Garden, Stewart established a home studio, and Eurythmics produced their second album, Sweet Dreams (Are Made of This), in 1983. 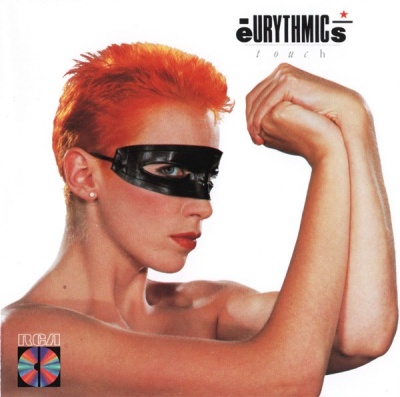 The album’s first single, “Love Is a Stranger,” was a modest success in the United Kingdom in the autumn of 1982, a few months before the album was released. In the spring, the title tune was released as a single, and it quickly rose to number two on the UK charts, then to number one on the American charts. The sleek, androgynous video for “Sweet Dreams (Are Made of This),” which got significant exposure from MTV, which had just recently been a big influence inside the music business, aided the song much. Eurythmics re-released “Love Is a Stranger” after “Sweet Dreams,” and it entered the UK Top Ten (number 23 in the US), kicking off a year of success songs. Touch, the duo’s third album, was released near the end of 1983 and continued their success throughout 1984, spawning the hits “Who’s That Girl?” (number three in the UK; number 21 in the US), “Right by Your Side” (number ten in the UK; number 29 in the US), and “Here Comes the Rain Again” (number ten in the UK; number 29 in the US) (number eight, U.K.; number four U.S.). Annie Lennox’s theatrical gender-bending became more well-known during 1984, which aided their album sales. They released the soundtrack for the 1984 film version at the end of the year, which garnered mixed reviews and sales despite the song “Sexcrime (Nineteen Eighty-Four)” reaching the Top Ten in the United Kingdom. 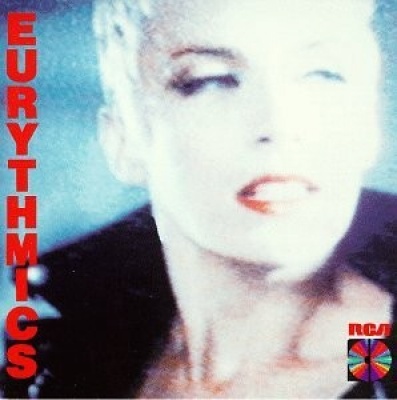 Be Yourself Tonight, Eurythmics’ fourth album, was released in the spring of 1985 and included a duet with Aretha Franklin entitled “Sisters Are Doin’ It for Themselves.” Along with “Would I Lie to You?” (number 17, UK; number five, US), and “There Must Be an Angel (Playing with My Heart),” the duet became one of the album’s three smash singles (number one, U.K.; number 22, U.S.). The next year, Revenge took Be Yourself Tonight’s R&B and soul leanings to a harder-rocking climax. Despite reaching number 12 in the United States and spawning the number 14 single “Missionary Man,” the album’s sales were significantly lower than its predecessor. The group was somewhat more successful in the United Kingdom, where “Thorn in My Side” entered the Top Ten, but it was clear that the group had passed its peak. 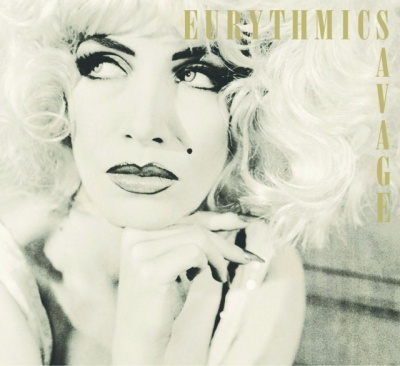 Eurythmics started expanding out into other areas as befitting a band that had reached the peak of its economic success. Dave Stewart created a number of celebrities between 1985 and 1986, including Bob Dylan, Daryl Hall, Tom Petty, and Mick Jagger. Annie Lennox debuted in Revolution, a short-lived acting career. In 1987, Eurythmics reformed to produce Savage, which received negative reviews and poor sales. Stewart married Siobhan Fahey, a former member of Bananarama who had also featured in the “Who’s That Girl” video, the same year; she would subsequently be a member of Stewart’s Shakespear’s Sister. “Put a Little Love in Your Heart,” from the Scrooged album, was a successful duet for Lennox and Al Green in 1988. Eurythmics released We Too Are One the next year, which did well in the United Kingdom, reaching number one, but not so well in the United States, despite “Don’t Ask Me Why” being their first Top 40 success since “Missionary Man.” Furthermore, the album’s reviews were extremely mixed. 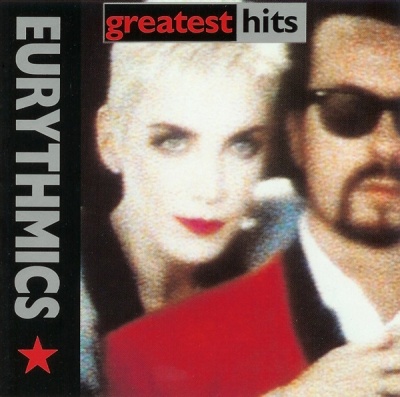 Eurythmics went on sabbatical in 1990, and Greatest Hits was released the following year. In 1992, Lennox launched a solo career with the release of Diva, an album that went on to sell over two million copies. Stewart continued to make albums and write film scores while also establishing the Spiritual Cowboys band. With the publication of Greetings from the Gutter in 1995, he formally began his solo career. In 1999, Lennox and Stewart reformed Eurythmics and released Peace, their first studio album in ten years.

The eurythmics albums is a British band that was formed in 1970. They have released many singles and albums, including their debut album In the Garden.