Cake is a band from Los Angeles, California. Formed in the late 1980s by guitarist/vocalist John McCrea and drummer Jerry Casale who were later joined by multi-instrumentalist Nick Oliveri on bass guitar and vocals after being recommended to them by Jello Biafra of Dead Kennedys.

Cake is an American rock band that formed in San Francisco, California. The four-piece band plays a mix of psychedelic and garage rock music.

Cake is an American rock band that formed in Phoenix, Arizona in 1993. They are known for their eclectic and experimental style of music. Cake has released eight studio albums, three live albums and a compilation album. The band’s most successful release was 1998’s “Prolonging the Magic,” which reached number two on the Billboard 200 chart and sold over four million copies in the United States alone.

Cake embodied the postmodern, irony-drenched style of ’90s geek rock, best remembered for their song “The Distance.” Their music freely combined and matched pastiches of vastly disparate genres — white-boy funk, hip-hop, country, new wave pop, jazz, college rock, and guitar rock — and reveled in the resulting conflicts. Their songs were full of lyrical non-sequiturs, pop-culture allusions, and smirky sarcasm, all delivered by speak/singing singer John McCrea with bone-dry detachment. Cake’s music was often compared to Soul Coughing and King Missile, but it lacked the downtown New York artiness of those two predecessors; instead, Cake created an image of everyday men who were unconcerned about their job as performers. At the same time, reviewers slammed the band’s frequent sarcasm, accusing them of having a smugly superior attitude. Cake’s steadfastly minimalist, low-key presentation may have accentuated their sarcastic detachment even when they didn’t mean it, yet following the success of “The Distance,” most critics dismissed them as one-hit wonders. Despite this, Cake went on to have a few more alternative radio successes in the years after, mostly maintaining the same style.

Cake’s second album, Fashion Nugget, was released in 1996 and included the breakthrough hit “The Distance,” written by Greg Brown, which dominated alternative radio that autumn and even became an unexpected sporting-event song. Fashion Nugget peaked in the Top 40 and sold over a million copies, mostly because to the success of “The Distance.” It also spawned a rather contentious follow-up single in the form of a version of Gloria Gaynor’s “I Will Survive,” which, despite the band’s genuine love for the song, was misinterpreted by some reviewers and listeners as a smarmy dig, thanks in part to McCrea’s deadpan vocals. Greg Brown and Victor Damiani both departed Cake in 1997 to create Deathray, a new wave-influenced band that released their first album on Capricorn in 2000. Meanwhile, McCrea contemplated putting Cake on hiatus, but instead brought back original bassist Gabe Nelson to replace Damiani. McCrea employed a tag-team procession of guitarists — five in all — on various songs for Cake’s second album, Prolonging the Magic, which was released in 1998. It defied critical opinion to deliver another huge alternative radio hit in “Never There,” as well as moderately successful follow-ups in “Sheep Go to Heaven” and “Let Go,” as its sarcastic title suggested. 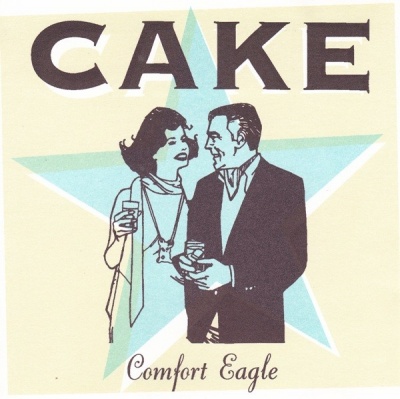 Prolonging the Magic was certified platinum and sold almost as well as Fashion Nugget. One of the album’s guitarists, Xan McCurdy, joined Cake full-time for the support tour. The band inked a new contract with Columbia in the spring of 2000, and their fourth overall album, Comfort Eagle, was released in 2001, becoming their highest-charting album to date (at number 13). The first track, “Short Skirt/Long Jacket,” was a success on alternative radio and even got some MTV exposure with a video that included responses to the music from random people on the street, which is no easy job for any artist these days. Todd Roper departed the band after the record was finished to spend more time with his children, and Pete McNeal took his place on the supporting tour. The first appearance of Pressure Chief was in 2004. Showroom of Compassion was released six years later in 2011, redefining the term “independent” (the band was recording in a studio powered solely by solar energy, with no corporate participation or even a utility bill).

The “cake discography” is a list of songs, albums, and other related information about the band.