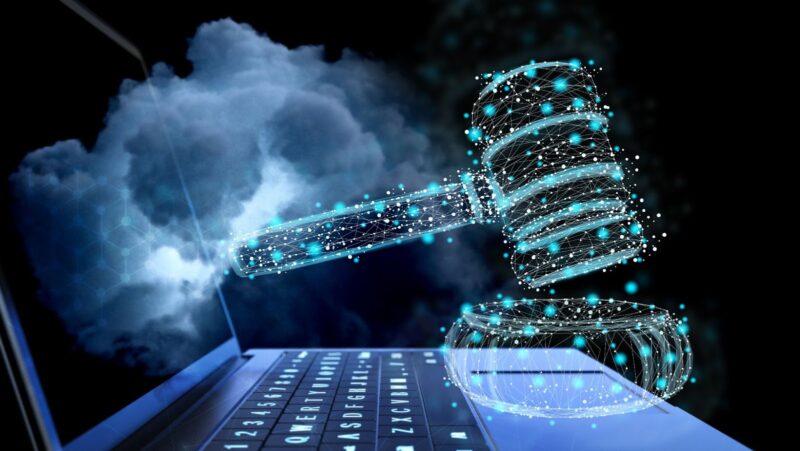 Providing citizens with high-speed, reliable access to the internet has become an important goal of many governments, but achieving this has proven challenging. As a response, municipal or community-run broadband networks have been created in many countries to provide internet access to cities and towns and to rural and underdeveloped areas. However, despite this being a successful option providing reliable internet access, some governments have banned municipal broadband networks due to perceived risks such as potential administrative costs. This article will discuss potential consequences of such bans and how broadband networks are essential for economic growth and digital equity.

In September 2020, the House Republicans introduced a bill that would make it illegal for states and cities to build municipal broadband networks. The proposed bill would effectively block local governments from providing fiber-based internet access to low-income families and rural communities. While the bill has yet to be passed, it has caused much debate and consideration of potential consequences that could affect consumers and businesses alike if the ban were enacted. This article will discuss the potential consequences of the House Republicans’ proposed ban on municipal broadband networks.

What is a Municipal Broadband Network?

Municipal broadband networks are a network owned and operated by a city or locality. These networks provide internet access to customers within the municipality, often at lower prices than private internet service providers (ISPs). Municipal broadband networks can also provide internet access to citizens in areas where private ISPs may not offer services due to increased cost, or lack of market demand.

Many local and state governments have explored expanding municipal broadband networks to improve citizens’ access to more affordable, high-speed internet. However, there is increasing debate regarding whether local governments should be allowed to operate such networks, with some arguing that these systems should be regulated as public utilities and others advocating for legislatures to ban them altogether. The outcomes of such discussions could have widespread consequences for Internet users throughout the country who may depend on low-cost access provided by municipal broadband systems.

How Would the Ban Affect Consumers?

A ban on municipal broadband networks would significantly and immediately impact consumers. Private Internet Service Providers (ISPs) would no longer be subject to competitive pressures that come with municipal networks, allowing them to raise prices which could have an even larger effect on low-income households. Additionally, many rural communities, whose population or geography make it unprofitable for ISPs to bring services to the area, could be cut off from access to traditional internet options entirely.

Research has shown a correlation between broadband availability and educational attainment rates, economic opportunity, health care outcomes and other community indicators of prosperity. Accessible and affordable high-speed internet is even more important in rural areas that lack the physical infrastructure for supporting profitable services like cable or fibre optic networks. A ban on municipal broadband networks could drastically reduce access for low-income populations who rely heavily on the service in underserved areas of many states across the country.

Potential Consequences of the Ban

A ban on municipal broadband networks would reduce access to high-speed internet in many areas. Most rural and underserved areas depend heavily on public and subsidised programs for internet access. A ban on municipal broadband networks would only exacerbate disparity in availability, reducing or eliminating access to a vital resource in those areas. This could have a ripple effect, leading to inequality of resources available and a decrease in opportunity—particularly among those lacking the financial resources necessary to access private market alternatives.

Furthermore, bans can significantly impede competitive markets and give unfair advantage to cable providers. They prevent start-up local businesses from entering the market and reduce the diversity of available options that force providers such as Comcast or Time Warner Cable to innovate and improve service quality. Though these companies often have very little competition due to high barriers of entry set by incumbents, bans further cement the overwhelming power of cable monopolies over underserved markets, leaving customers vulnerable to anti-consumer pricing models.

There are several potential economic ramifications if municipalities cannot provide broadband services. As broadband service has become more important for businesses of all sizes, access to high-speed internet has become vital for businesses seeking to conduct online activities such as e-commerce, telecommuting and cloud computing. In rural areas especially, access to a cutting-edge network is now essential to compete with the rest of the world. Without broadband access, businesses in those communities could not participate in a global economy and may begin losing jobs or revenue opportunities elsewhere.

Furthermore, lack of a reliable municipal infrastructure often precludes businesses from being able to open in certain locations. Businesses need reliable network connections that can support their digital needs but may have difficulty accessing one if they draw from unreliable or limited 3rd party commercial services or poor public networks that do not meet their needs. Companies opting outside the area into other communities with better connection options have unfortunate consequences—lost tax dollars and decreased job opportunities for residents within these affected municipalities.

One potential consequence of a nationwide ban on municipal broadband networks is the increased digital divide. With a limited number of private companies offering access to the internet, there may be large regions — particularly in rural areas — that cannot receive reliable and affordable broadband access. This means that those who already lack economic power due to poverty, race or geographical location may also have reduced access to essential services and opportunities available via the internet.

In addition, when fewer providers are forced to service an area, they are more likely to invest less in infrastructure because they do not have any competition. This can mean poorer service quality due to slower speeds and restricted bandwidth. As a result, some users would be locked out of certain services or applications if they could not afford higher-priced plans.

Ultimately, this ban could exacerbate the gap between those who can afford or access the internet and those who cannot — further leading to unequal social outcomes that challenge any effort towards digital inclusion.

One of the primary potential consequences of a ban on municipal broadband networks is reducing consumer choice in internet providers. Currently, most communities are limited to options from major commercial service providers, with competition tending to be lacking. A public-owned network could allow residents to choose from more ISPs, potentially offering services at lower prices due to their public ownership and lack of profit motive.

In addition, municipal networks enable an increased community involvement in internet service provision. This often means that any profits generated by providing internet access can be reinvested into improving infrastructure for internet connection and other essential services. By banning municipal networks, this potential benefit is lost, leading to slower speeds and less reliable connections than could otherwise be achieved with better equipment and greater resources available for maintenance and repairs.

Equally concerning in terms of reduced consumer choice is that local government entities providing the internet may do so without regard to corporate interests such as net neutrality principles. At the same time, large commercial providers are more likely to prioritise these corporate interests over customers’. A ban on municipal broadband networks means a reduced ability for customers to find alternatives since these local government networks may not exist or have limitations on their capability due to restrictive laws or regulations.

In conclusion, other potential consequences of a ban on municipal broadband networks may be not immediately apparent. While these consequences cannot be predicted with certainty, it is likely that local economies could suffer due to higher prices for Internet service, increased difficulties for local businesses to access the Internet, and a corresponding lack of support from regional or national entities. In addition, local governments may find themselves unable to meet important public service goals due to constraints imposed by private providers. Ultimately, the effects of a ban on municipal broadband networks will depend on the specific situation in each local community. Governments should therefore take great care in evaluating the potential impacts before enacting such bans.